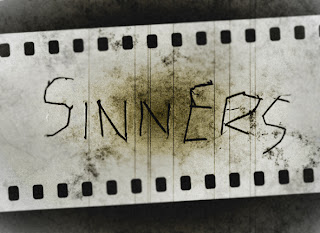 In year 2001, around seventy million people
from around the world participated in the largest religious gathering on earth, The “Mahakumbha mela” at the holy city of Allahabad in India.

The experience shook me to the core, less by the magnitude, more so by the sheer faith of millions of Hindus in the power of water in holy rivers, being able to wash of their accumulated sins from various lifetimes and redeem them from the cycle of birth and death forever.

Henceforth, started my photographic journey of four years to capture the “act of redemption” in Hindu religion against the background of several Hindu-bathing festivals.

The kumbh mela is the biggest of hundreds of bathing festivals in India and is considered the most sacred of all the Hindu pilgrimages. Millions of people and thousands of priests, saints and sadhus attends it on a single day. The major event of this festival is a ritual bath at he banks of Holy River. Other activities include religious discussions, devotional singing, mass feeding of holy men, women and poor, carnivals and cremation of the dead next to the holy river.

A periphery of a three to seven kilometer area becomes a showcase of all facets of life from beginning to salvation.


The cows and eunuchs hold very special place in Hindu religion, as being sacred and possessing divine powers, and they seem to be waiting for redemption themselves.

The gods of redemption sit in big temples in control of mighty priests; these are the gods that need to be pleased to ensure a place in heaven. While the gods of the poor are scattered everywhere, they have no shame even in begging alongside the beggars. Without asking for anything in return, they help their sinners to reach out to the gods of heaven.

Silently they stand as if awaiting redemption themselves.

Significance of major elements in the pictures.

Cows
Ancient Hindu scriptures identify the cows as “Mother of all civilization”, its milk nurturing the population. The five products of the cow; milk, curd, ghee/butter, urine and dung – are all used in Puja (Worship) as well as in the rights of extreme penance.

Eunuchs- the third sex
With reference to traditional Hinduism, the god is seen as ardhnarishwar (half male-half female) and position of eunuchs as both male and female gave them a semi-divine status with the power to bless as well as curse. Their blessings are believed to bear children in sterile women.

Black dog- shadow of death
It is believed that the black dog is a messenger of “Yama” the angle of death.
The dogs in general are also supposed to guard the gates of heaven according to Hindu mythology.

Street side and begging gods
They are the product of distortion and commercialization of Hindu religion. These gods are creation of money mongrels pretending to be priests and monks, in order to prey on the god-fearing mentality of sinners.


** to view pictures from this documentary log on to neerajmahajan.com

This project is about nomads or gypsies. Communities on the move, which set up home whenever and wherever they stop. I was first struck by their existence when I saw a few of them camping in a vacant plot of land behind a multiplex mall in Gurgaon in the year 2005. They have their own language, culture and unique social structure. It is also fairly well accepted that the gypsies found today all over Eastern Europe and the Balkans actually migrated from India centuries ago.

These nomads mostly lead a poor, uneducated, and yet a very colorful life.

Some of these tribes are famous world over for their dancing, singing and handicrafts skills.

Drawn by curiosity, I gradually got closer to them and was amazed to see that the winds of change (urbanization of rural areas) sweeping across the country have failed to cause any perceptible change in their Spartan lifestyle. This is vividly reflected in the way they have stuck to their age-old customs, conventions, rituals, social and cultural characteristics and sartorial sensibilities since time immemorial.

Theirs is an extremely tough life caught between the forces of nature: bad weather conditions, diseases, poverty, malnutrition and human forces like urban development and forest conservation. Nomads who have prospered for generations in hostile environments are now struggling to cope with outsiders’ conflicting interests. The mobility of these groups is an essential economic strategy central to the very nature of their existence. Now their livelihoods are threatened due to their centuries old migration routes being cut off by rapid urban development, no access through national parks and mines, and shortage of grazing lands for their cattle. The non-pastoral communities which have till now survived on dancing, singing and acrobatics, are now facing extinction because of threat from television, wildlife conservation laws, atrocities by mafia and police, and extreme apathy of government.

In India, roughly seven percent of the population is nomadic, yet despite their large numbers, most of the nomadic communities do not even have voting rights and have been largely ignored by policy makers. As a result of changing times and rejection by the society, the value of their occupation has gone down increasingly, forcing them to turn towards abusive, exploitive and overcrowded labor markets and construction sites for jobs. Incomplete education and access to modern means of communication renders the younger generation unfit for their ancestral jobs. It does not help them in assimilating the affluent urban lifestyle or cope with literate competition in the cities, leading them to indulge in criminal activities, drug and alcohol addiction and prostitution.

It overwhelms me to witness history and tradition alive amidst such strong forces of modernization and materialism. It also gives rise to deep respect in my heart, for the integrity of these people with which they protect their honor and pride. These experiences ignited in me a passion to bring before the world their existence as human beings by capturing the subtle nuisance of their lives in my camera. Through my pictures, I want to create awareness and an emotional connection with the world, to showcase a story, of a way of life that is being threatened. Of innocence and beauty that needs to be preserved.

View pictures from this series on: http://neerajmahajan.com

Neeraj
My pursuit in life and in photography is to keep pushing myself ignorantly in the territory of the unknown and the mysterious. I believe that the only way to receive from the hands of the divine is to keep creating empty space within oneself, by throwing out the garbage of accumulated knowledge and experience from one’s mind.